A supercomputer is a computer that performs at or near the highest operational rate for computers of its kind. This performance may be in terms of millions of instructions per second, billions of operations per second or teraFLOPS (trillion FLOPS) or even more depending on the benchmark used to rate supercomputers.

Definition of a Supercomputer

A supercomputer is a computer system that performs at or near the currently highest operational rate for computers. Supercomputers are used for extremely complex computational problems, such as those found in engineering, physics, and artificial intelligence.

Supercomputers are often designed with a variety of special features to meet these demanding needs.

The term supercomputer generally refers to a multiprocessor (multiple-processor) machine that can perform at rates of one billion floating point operations per second (1 gigaflop). In general, there are two types of high-end computers: vector processors and parallel processors.

Supercomputers are more expensive and take up more space in buildings. They use lots of electricity too. The fastest supercomputer today is called K Computer, which was built by Fujitsu in Japan and runs at 10 petaflops (10 quadrillion calculations per second).

A regular laptop has an average speed of two gigaflops (2 billion calculations per second).

Supercomputers are also used to simulate what will happen if we design things that can get into outer space. The Rosetta Stone project helped scientists learn more about ancient Egypt because the Rosetta Stone was found near them.

Components of a Supercomputer:

A Supercomputer can be defined as a machine that has more processing power than any other. It can be used for tasks like weather forecasting and aeronautical design.

The components of a Supercomputer include processors, memory, storage, input/output devices and software. The processor is the brain of the operation and determines how fast computations happen.

Memory is where data is stored during computation. Storage includes both RAM (short-term) and permanent mass storage such as disks or tapes. Input/Output Devices allow interaction with the outside world, such as keyboards or video monitors.

Software refers to instructions given to the computer which tell it what to do with data in order to get results such as graphics on a screen or calculations on paper.

To understand what separates a supercomputer from other types of computers we will explore each component individually: Processor: A processor’s job is to carry out all instructions given by the operating system, software applications and peripherals.

Cost of a Supercomputer:

The cost of a supercomputer can vary depending on the size and configuration. A single node of a specific size can range anywhere from $25,000 to $500,000.

But there are more affordable options too: some organizations will buy a few nodes for about $1 million total.

Supercomputers tend to be custom-built for the organization that needs them, so you’ll need to speak with your IT staff to determine what will work best for your company’s needs. However, most models have comparable features to one another in order to meet certain benchmarks.

For example, a supercomputer typically has at least 100 times the processing power of a personal computer.

The Benefits of Using a Supercomputer:

Supercomputers are high-performance computers that can perform a variety of tasks and computations. They are used for diverse applications such as(these are some 5 uses of supercomputer ) weather forecasting, nuclear reactor design, structural engineering, molecular modeling and many other uses.

Supercomputers are also used for military applications like missile simulations and cryptography.

The US Department of Defense currently owns the world’s most powerful supercomputer: the Titan Supercomputer which can perform up to 20 petaFLOPS (20 million million floating point operations per second).

In conclusion, supercomputers are specialized computers that can tackle extremely complex problems and process large amounts of data. They have multiple interconnected processors and processors with much larger numbers of cores that allow them to complete tasks faster than a traditional computer.

Unlike the average computer which has one processor, a single-core processor or two cores per chip for maximum performance, most supercomputers have hundreds of thousands of processors working in tandem. 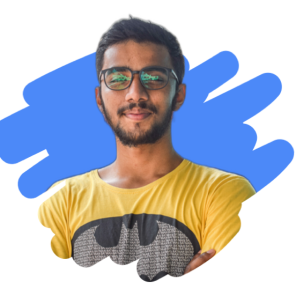 What is a Super Computer? How is it different from a Regular Computer?